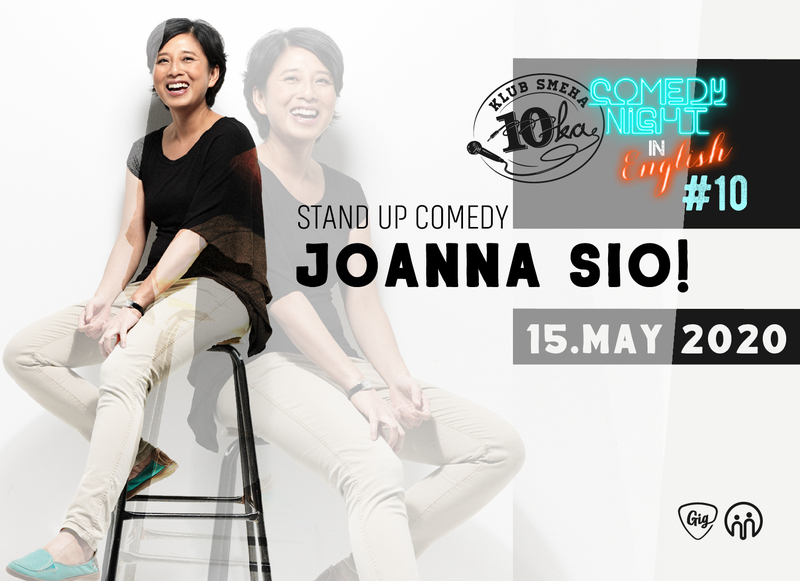 ANOTHER AWESOME COMEDY NIGHT IN ENGLISH!

Joanna Sio Comedy is an improviser and a stand-up comedian from Hong Kong. She has performed improvisation in Amsterdam, Hong Kong, Singapore and the Czech Republic.

She was invited to perform in the Melbourne International Comedy Festival 2015, the first troupe of 'Comedy Zone Asia’. Brought up in Asia, educated in North America and now resides in Europe, she has tales to tell from around the world in her own unique style, which is casual, likeable and twisted when you least expect it.

TICKETS ON SALE on Eventim SI!

After buying tickets on Eventim SI, reserve your table at:
rezervacije@10ka.si!

V sodelovanju z lokalom Gig, ki na dogodkih poskrbijo za odlično postrežbo hrane in pijače.
///
In cooperation with Gig bar, who will provide you with awesome food and drinks before, during and after the show.
_ _ _ _ _ _ _ _ _ _ _ _ _