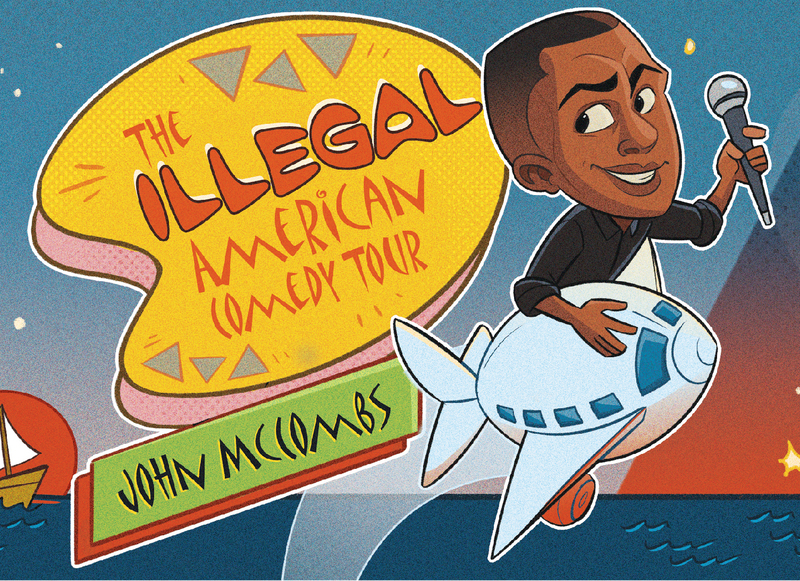 The forth edition of Comedy night in English is here! This time our star comedian is from the US, comming to our club with his awesome stand up show ILLEGAL AMERICAN COMEDY TOUR!

The Illegal American Comedy Tour takes you on a journey that will point out the absurdities of modern society from ridesharing to the foundations of democracy. John's personal stories delve into everything from what it's like to command soldiers who want to marry strippers to how being the only black person in an entire country has its benefits.

BIOGRAPHY:
Bio: A second generation ghetto immigrant, John floats between identifying with white culture and seeking acceptance from black people. Since starting stand up 9 years ago, John tries to find a balance between his liberal political leanings of giving a shit about people other than you and his Marine Corps training which taught him the value of violence and aggression. Since starting he has performed across the eastern half of the United States in places like Chicago, North Carolina, Baltimore and finished headlining the Hysterical Americans comedy tour through Europe last summer. He has opened for Michelle Wolf and Tim Meadows all in his journey to satiate his unquenchable thirst to make others laugh.

TICKETS WILL BE ON SALE SOON

V sodelovanju z lokalom Gig, ki na dogodkih poskrbijo za odlično postrežbo hrane in pijače.
///
In cooperation with Gig bar, who will provide you with awesome food and drinks before, during and after the show.